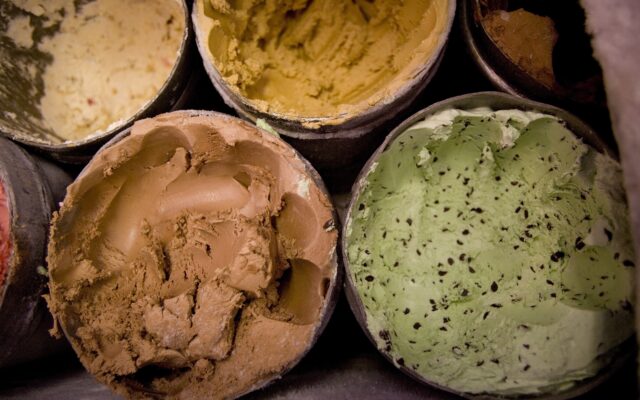 SAN FRANCISCO - JULY 5 : Tubs of ice cream are displayed at Swensen's Ice Cream shop on July 5, 2007 in San Francisco, California. The California Department of Food and Agriculture has increased what dairy farmers receive for a gallon of milk to $1.98, up from $1.06 last year. The price increase comes as a result of a various shifts in supply and demand and rising costs of fuel. (Photo by David Paul Morris/Getty Images)

Warner Bros. is teaming up with ice cream makers Serendipity for special flavors based off of popular TV shows and movies.

Serendipity will released special flavors inspired by Friends, The Goonies, A Christmas Story, and Caddyshack.

The Friends flavor pays tribute to the show’s coffee theme with “Central Perk Almond Fudge” is out now!

A Friends-Themed Ice Cream from Serendipity Is Now Available — and Yes, It's Coffee Flavored!​ https://t.co/GvZr6Qkqs9

“Sloth and Chunk Rocky Rooooaad?,” based off of The Goonies, will be released later this month, while the other two treats will be announced later.