Get Free Tacos From Taco Bell During The NBA Finals

Make sure you’re paying attention to the NBA Finals. It could earn you a free Doritos Locos Taco courtesy of Taco Bell.

Now in its fourth year, the fast-food giant has brought back their “Steal A Game, Steal A Taco” promotion for the series between Golden State and the Eastern Conference winner.

All that needs to happen is the visitor “steals” a victory on the home team’s court and everyone in the US becomes a winner on June 18.

In a statement, Taco Bell announced, “Regardless of which two teams make it to the Finals, we look forward to giving all fans, no matter the jersey they prefer to wear, the chance to win with everyone’s G.O.A.T (Greatest of All Tacos), the Taco Bell Doritos Locos Taco.” 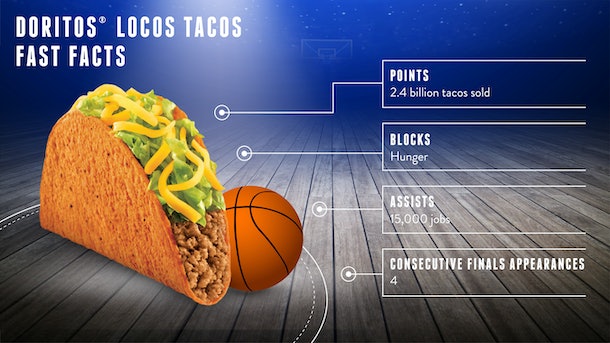