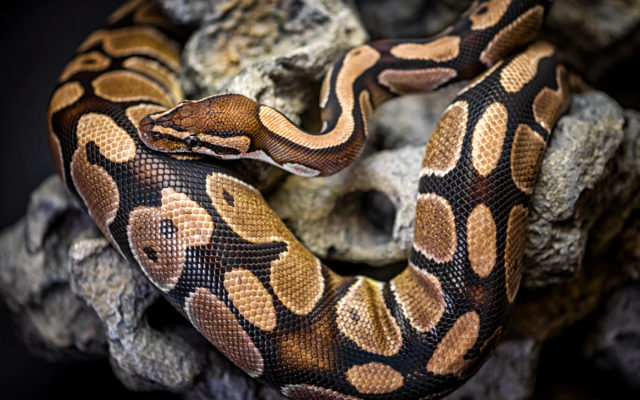 A python curled up on a rock.

Why would a new species of venomous snakes be named after Metallica’s frontman James Hetfield you may ask? Well because a team of metal-loving scientists discovered it and wanted to honor him as “a thank you for all the good vibes his music has transmitted to us during all of our personal lives and career.”

Atheris hetfieldi is characterised by “a triangular-shaped head and strongly-keeled scales, which gives them a dragon-like appearance.”  They found it on Bioko Island in Equatorial Guinea.

Able to grow up to 20 inches in length, it is the first new species of snake discovered in the area in more than 100 years.

Researchers who made the discovery also said, “We think that a mysterious venomous and cool looking snake, who lives in the base of a volcano lost in the middle of the tropical forest is very relatable to heavy metal! Naming a new species after someone as James brings more attention to the much needed biodiversity studies and field surveys.”