This Kid Set Up A Drive-By Joke Stand 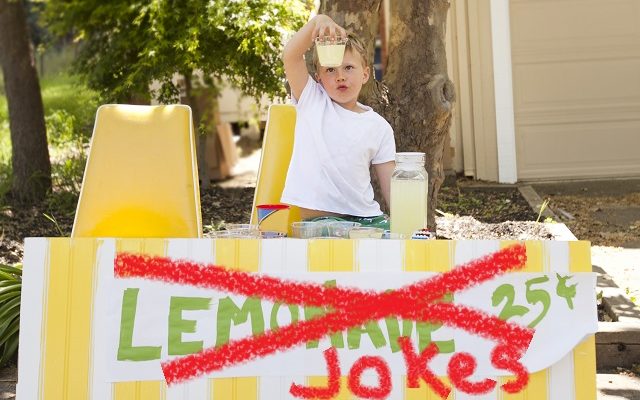 Young boy sits behind lemonade stand in front of house holding up a glass of lemonade.

Dang it we wish this kid didn’t live in Canada because I need to drive by and hear a joke from 6-year-old Callaghan McLaughlin.  He began his comedy career in his driveway as a way to bring joy to his neighbors, while still practicing social distancing. So he set up a drive-by/walk-by joke stand.

Where does he get his material from? His mom bought him a kid-friendly joke book about six months ago, which he had been practicing with.  “Callaghan has been actively telling us one-liners and knock-knock jokes for the past six months or so,” his mom, Kelsea McLaughlin, tells Yahoo Life. “We felt it was time for a fresh audience!” Oh and his comedy is FREE.

He even caught Ryan Reynolds attention: