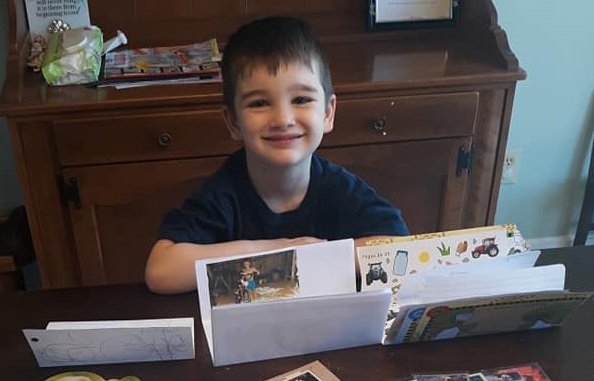 Got a message on Facebook from little Alden’s mom, Karen…Alden is 4, he lives in Campbellsburg and he’s bored at home so he’s looking for some pen pals! So, mom created a Facebook group called Friends for Alden…he’s a cutie.  He got a few U of L football players to send him notes. She set up a P.O. Box for anyone that wants to send him something. She’s also asking for old beads, yarn,old paints or paint brushes, leather, feathers extra you don’t use, you can mail them to his box if you would like! He will definitely put them to use making bracelets and cards and crafts to send out!! If you would like to send items please send to:

He’s not alone…this idea is catching on with lots of kids! Bardstown City Schools said ten kindergartners in Ms. Laura Montgomery’s class are taking part in a pen pal exchange to talk while still social distancing.

And a little boy named Cooper decided to make a bunch of cards for senior citizens in Clarksville, IN at nursing homes!