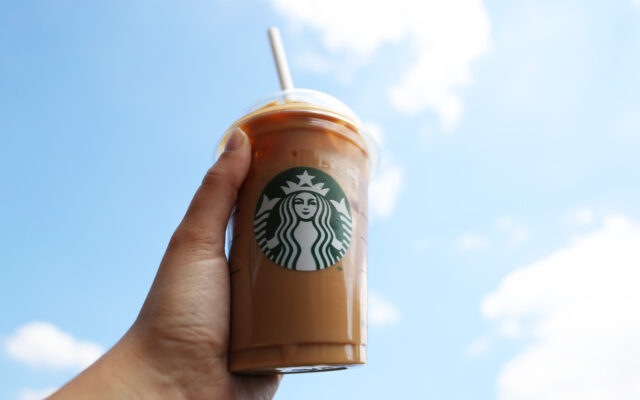 SOUTHAMPTON, ENGLAND - MAY 15: A photo illustration of a beverage from Starbucks in Hedge End, Southampton after the store reopens for take away on May 15, 2020 in Southampton, England . The prime minister announced the general contours of a phased exit from the current lockdown, adopted nearly two months ago in an effort curb the spread of Covid-19. (Photo by Naomi Baker/Getty Images)

Although Starbucks hasn’t had a nationwide rollout of a Halloween Frappuccino like it has in previous years, such as the Zombie Frappuccino, select shops are adding seasonal offerings to their menus. In addition to the Caramel Apple Delight beverage, the Starbucks located in Disney Springs has two Frappuccinos to give customers a spooky taste for Halloween.

Starbucks Has a Frankenfrapp and Wolfman Frappuccino to Satisfy Your Halloween Sweet Tooth https://t.co/JtTRROMFa3

The Frankenfrapp, which is a play on the iconic Frankenstein, is bright green to mimic the monster’s look. It starts with a Green Tea Frappuccino base that is mixed with peppermint, white mocha, and java chips, and topped with mocha drizzle. But if you prefer a more chocolatey taste, you might want to opt for the Wolfman Frappuccino.

Both of these Halloween-approved Frappuccinos are available at the Disney Springs Starbucks, but since you know what’s in them, you can ask your barista to make one for you