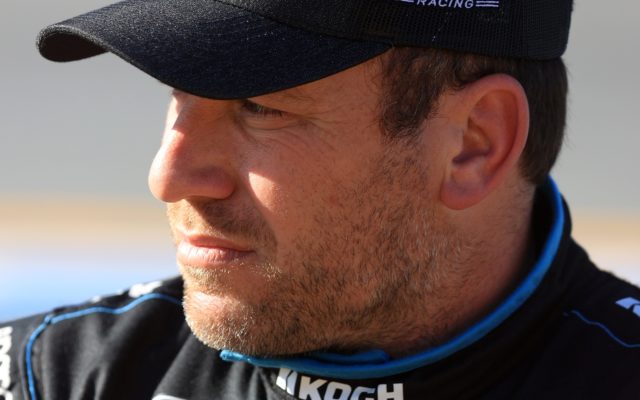 DAYTONA BEACH, FLORIDA - FEBRUARY 17: Ryan Newman, driver of the #6 Koch Industries Ford, stands on the grid prior to the start of the NASCAR Cup Series 62nd Annual Daytona 500 at Daytona International Speedway on February 17, 2020 in Daytona Beach, Florida. (Photo by Chris Graythen/Getty Images)

Ryan Newman has walked out of the hospital!

Ryan Newman has been released from the hospital, just days after a horrific crash at the end of the Daytona 500 Monday.

In a new update from his team, @RyanJNewman has been released from the hospital, walking out with his two daughters. #nascar https://t.co/X3XlhdHaaX pic.twitter.com/VWssoFdCLp

This is a great update because remember his car was spun out as he led the last lap, then hit the wall and flipped. He was then hit by another car before flipping several more times and catching fire, all at 200 miles per hour!  Newman was showing “great improvement,” according to an earlier update from his team.

A few hours later, Roush Fenway Racing shared a photo of Newman leaving the hospital, along with his daughters, under his own power.  The extent of his injuries haven’t been publicly announced.