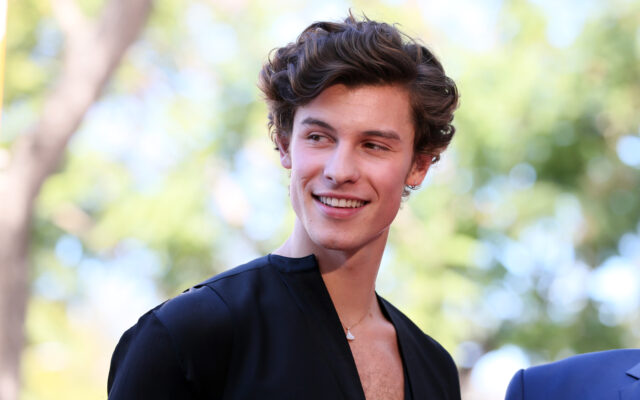 Shawn Mendes and Camila Cabello have been spotted in downtown Toronto walking their one-year-old golden retriever, Tarzan and they don’t seem to be bothered by the attention they’re getting.

Shawn Mendes returned home to Toronto just in time to celebrate his birthday, which was on Sunday (August 8th). On Monday (August 9th) Shawn and his girlfriend, Camila went out for a stroll with their furbaby in the Key West area.  They were spotted by a fan who stopped to get a picture with Shawn. Shawn and Camila were also spotted having lunch on a patio and snapped pictures in a parking garage mirror.  Shawn posted several pictures that were taken in Victoria Memorial Square, between Bathurst and Portland, along Wellington Street.

Have you ever spotted a celebrity while out and about? Who did you spot and where did you see them?

Vote For Ethan The Dog To Win Hero Dog Award

Kevin Federline Leaks Videos Of Britney Arguing With Her Sons

Anne Heche Passes Away At 53