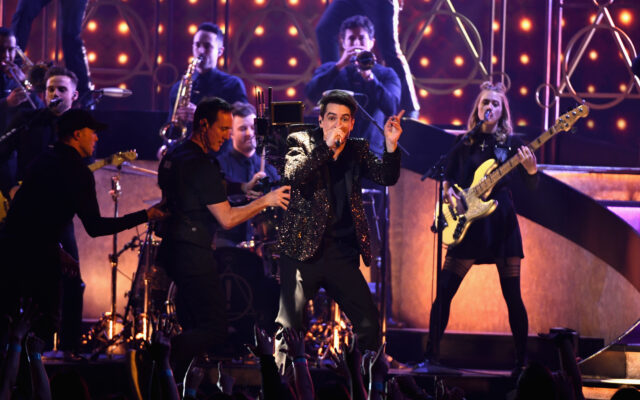 LAS VEGAS, NV - MAY 01: Brendon Urie of Panic! at the Disco performs onstage during the 2019 Billboard Music Awards at MGM Grand Garden Arena on May 1, 2019 in Las Vegas, Nevada. (Photo by Ethan Miller/Getty Images)

Panic! At The Disco has announced they are breaking up after 19 years. They made the announcement on Instagram.

A post shared by Panic! At The Disco (@panicatthedisco)

Brendon said, in part, “…sometimes a journey must end for a new one to begin. We’ve been trying to keep it to ourselves, though some of you may have heard.. Sarah and I are expecting a baby very soon! The prospect of being a father and getting to watch my wife become a mother is both humbling and exciting. I look forward to this next adventure. That said, I am going to bring this chapter of my life to an end and put my focus and energy on my family, and with that Panic! At The Disco will be no more.”

We’re sad to see the band go, but happy for the baby news!

More about:
baby
Panic! At The Disco