Can’t decide if you’re feeling iced coffee or ice cold beer? There’s no longer a need to choose thanks to the folks at Harpoon.

The Boston based brewery has teamed up with another icon of The Bay State, to bring a new brew that is inspired by Dunkin Donuts and the flavor of their coffee. 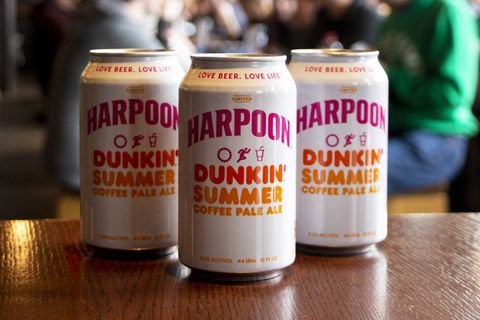 Appearing in limited-edition 12 oz. cans and on tap at many East Coast watering holes, Harpoon Dunkin’ Summer Coffee Pale Ale, “combines the flavors of Dunkin’s Original Blend with a bright, summery pale ale,” according to the press release.

This is the second collaboration between the pair, who launched a coffee porter last year.