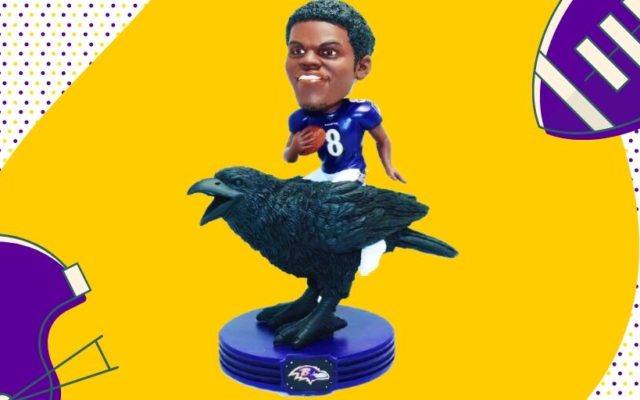 You read right folks, the National Bobblehead Hall of Fame and Museum unveiled an officially licensed, limited edition bobblehead featuring none other than Louisville’s own Lamar Jackson riding a Baltimore Raven. This is just the latest addition to the extremely popular Riding Bobblehead Series (because we’d all heard of that) and comes as no surpise following Jackson’s unanimous selection as NFL MVP on Saturday and as Jackson looks to ride the Ravens to Super Bowl LV next season. lol. 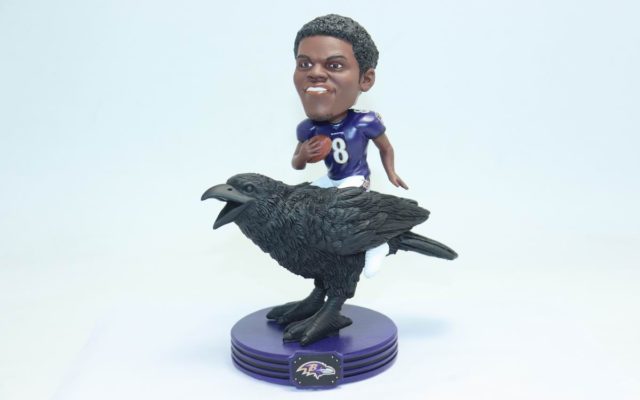 Rocking a Purple number 8 jersey, the smiling Jackson bobblehead is holding a football and sitting atop a black raven on a base with the Ravens’ logo. Each bobblehead will be individually numbered to only 2,020, and they are available through the National Bobblehead Hall of Fame and Museum’s Online Store. The bobbleheads are $40 plus a flat-rate shipping charge of $8 per order and will ship to customers in June. 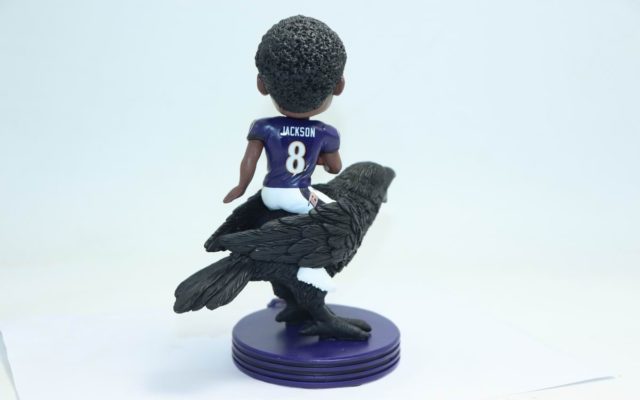 Jackson was announced as the unanimous selection for the 2019 NFL MVP award at the NFL Honors ceremony on Saturday. In his first season as a full-time starter, Jackson set an NFL record for the most rushing yards in a season by a quarterback (1,206) and the Ravens franchise record for most passing touchdowns in a season (36). He passed for 3,127 yards and had 43 total TDs in 15 games as the Ravens finished with a league-best 14-2 record. 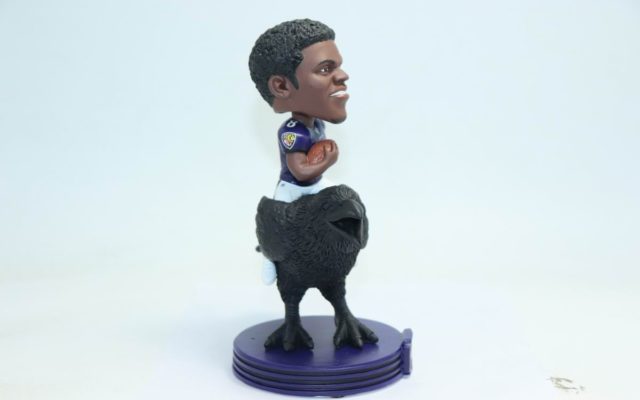 “Lamar’s bobbleheads have been among the most popular we’ve had over the past year and the riding series has been one of the most popular, so combining the two was an easy decision,” National Bobblehead Hall of Fame and Museum co-founder and CEO Phil Sklar said. “We think this bobblehead turned out great and will be a fan favorite.”

The bobbleheads were produced for the National Bobblehead Hall of Fame and Museum by FOCO, an official licensee and manufacturer of Baltimore Ravens and NFL merchandise.