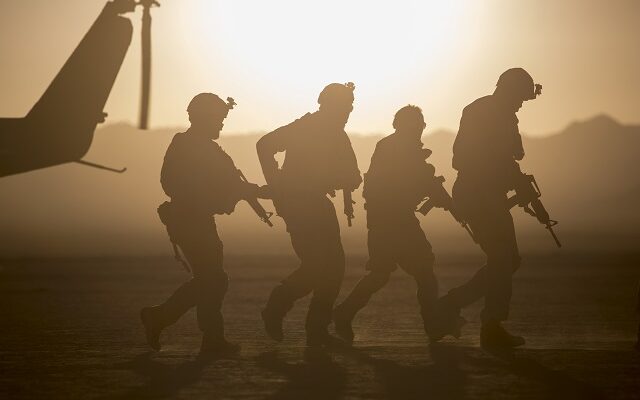 Silhouette of soldiers near helicopter in desert landscape

A hodge podge of celebrities are set to see if they can survive on Fox’s “Special Forces: The Ultimate Test”, including Britney Spears’ little sister, Jamie Lynn.

Jamie Lynn Spears on being in "Special Forces: The Ultimate Test": "I almost wish they would do a junior version where I could oversee my kids [endure special forces training], to give them a little taste of reality and how blessed we are."https://t.co/OYsAsLkDRj

Spice Girl Mel B, reality mom Kate Gosselin (“Jon & Kate Plus 8”, “Kate Plus 8”), former Bachelorette Hannah Brown, and Olympic gymnast Nastia Liukin are among the 16 celebrities who will see if they can tough it out to the end.

Will these 16 celebrities have what it takes to prove themselves as limitless? Watch ‘Special Forces: The Ultimate Test’ this January to find out. pic.twitter.com/U6DAVyEn6P

There’s nothing I love more than a good challenge. Don’t miss me push past all my limits when ‘Special Forces: The Ultimate Test’ premieres in January on @FOXTV! pic.twitter.com/oFl1uNUp85

It was filmed this summer in Jordan and will debut in January. There is not voting or eliminations…just survival. And probably LOTS of tears. It’s modeled after the British show “SAS: Who Dares Wins”.