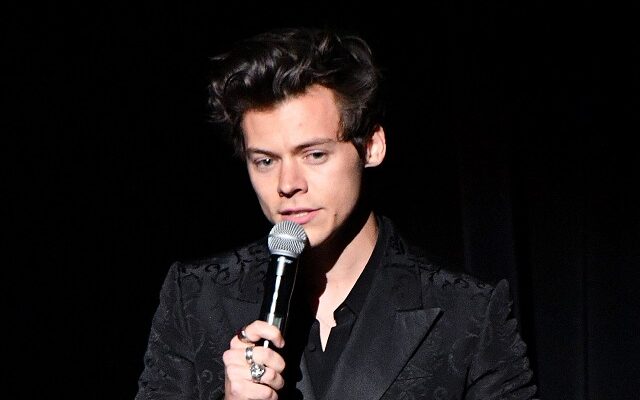 Harry Styles got a little choked up when he was surprised on his 15th sold out night of his mini-residency at Madison Square Garden in NYC. Gayle King came out on stage to present the raising of a special banner commemorating the fact no other artist has played as many consecutive shows at that venue.

Gayle said, “We have a surprise for you,”  “We’re all in Harry’s House, right? 15th consecutive night of sold out shows. No artist has ever done that before.”

He grabbed a tissue to wipe away tears as he said, “There’s a lot of people in the room tonight, on nights like this, that are so special for me and I just want to thank,” “There’s so many people, again, tonight, who have supported me both professionally and personally throughout my life and I just want to say to all of you, thank you. I would not be on stage if it wasn’t for you. Thank you all so much.”

Another noteworthy moment happened on his tour stop in Portugal when a fan blew everyone away with his operatic vocals as he proposed to his girlfriend at Harry’s show!