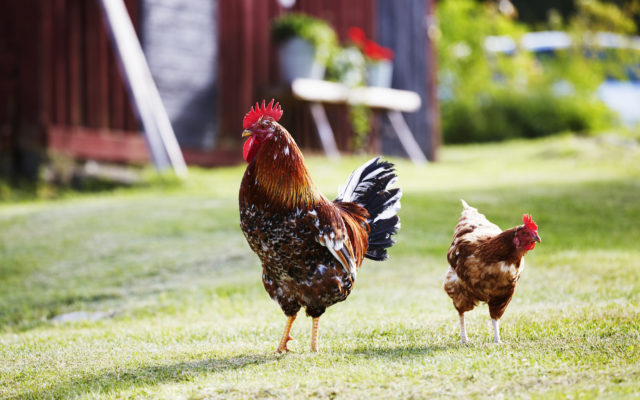 A Texas family’s pet chicken is safe at home after escaping in a grocery delivery driver’s trunk. Justin Matthews said his family noticed Reba, one of their three pet chickens, was missing from their Fair Oaks Ranch yard, so he checked the footage on his Ring doorbell camera. It showed an Instacart driver making a grocery delivery to the home 4 hours earlier when Reba jumped into the open trunk. The driver, not noticing the chicken, closed the trunk and drove away. Now, we don’t know if Reba was just being curious and hoping to find a snack, or if she was trying to make a fun for it…either way, she ended up at Costco.

The driver, believing he had been pranked, left the chicken behind in the parking lot at Costco. Matthews posted photos and video of Reba on Facebook in the hopes of finding her current whereabouts, and he was contacted by a woman who had found the pet in the parking lot and brought her home.

Good news! Reba is now safe at home with her chicken siblings!