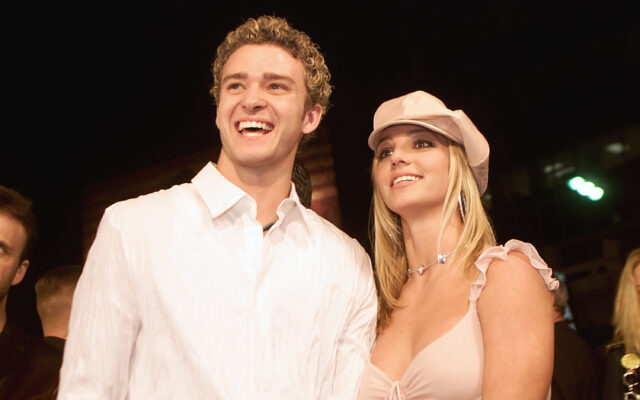 Britney Spears and boyfriend Justin Timberlake arrive at the premiere of her movie "Crossroads" at the Mann Chinese Theatre in Hollywood, Ca., Feb. 11, 2002. (photo by Kevin Winter/Getty Images)

In the aftermath of the New York Times unauthorized documentary, “Framing Britney Spears”, now fans are ticked at Justin Timberlake because of that Diane Sawyer interview in 2003.

His 2002 song “Cry Me A River,” fueled the fire that they broke up because Britney cheated. And Diane Sawyer pushed her on that in an 2003 interview where Britney ended up in tears.

Diane said, “You broke his heart, you did something that caused him so much pain, so much suffering. What did you do?”  So now, fans are mad that Justin made her the bad guy in their breakup and put her on blast with the way Diane took his side.

Some of the comments: “Justin Timberlake needs to get his apology ready…” and “Watching Framing Britney Spears is a pretty easy way to feel angry about misogyny, Justin Timberlake, and how we rake every girl and young woman in the spotlight over the coals!” This one was pretty violent…“Twenty-five minutes into the nyt britney doc and ready to slowly pull out each of justin timberlake’s teeth with a wrench,”

Valerie Bertinelli called the documentary a “gut punch” and noted there were “so many horrible men/leeches in her life” including “Justin Timberlake.”