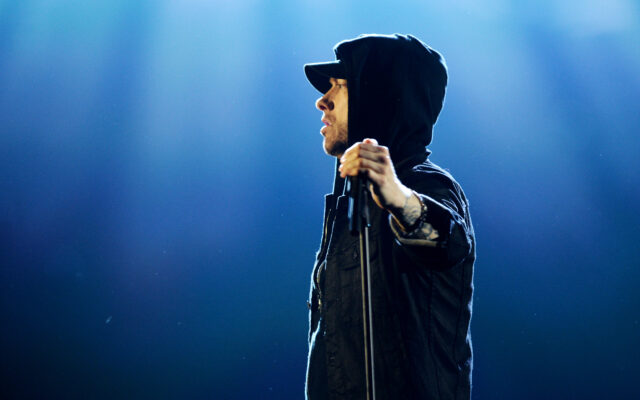 LONDON, ENGLAND - NOVEMBER 12: Eminem performs on stage during the MTV EMAs 2017 held at The SSE Arena, Wembley on November 12, 2017 in London, England. (Photo by Dave J Hogan/Getty Images for MTV)

Eminem and Adele both have EGOs.

That’s an Emmy, Grammy and Oscar. Both of them are missing the ‘T’ to make it an EGOT.

Eminem, much like Adele, picked up an Emmy this weekend. His Emmy was for his performance in the Super Bowl halftime show.

Winning a Tony is by far the hardest award to win if you are not an actor but there is a way around it. They could write a song for Broadway or contribute to the musical arrangement of an original song.

In case you don’t remember, Eminem won his Oscar for Best Original Song for Lose Yourself. He, of course, has a bunch of Grammys.

Who do you think will get their Tony first, Adele or Eminem?