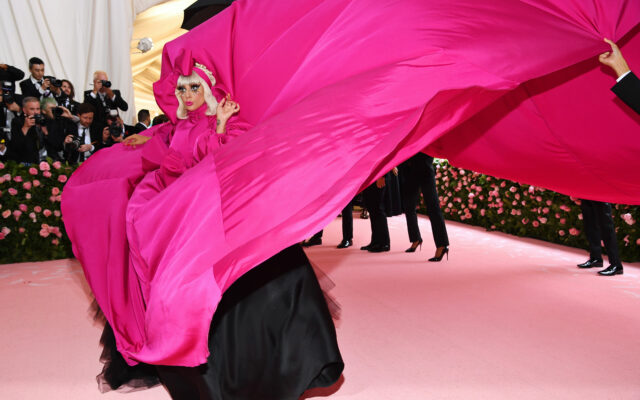 NEW YORK, NEW YORK - MAY 06: Lady Gaga attends The 2019 Met Gala Celebrating Camp: Notes on Fashion at Metropolitan Museum of Art on May 06, 2019 in New York City. (Photo by Dimitrios Kambouris/Getty Images for The Met Museum/Vogue)

Remember Heidi Montag? She was the actress from “The Hills”? Well, she claims she could have been the biggest thing in music, if she wasn’t sabotaged by Lady Gaga!

According to Page Six, a little over a decade ago, Heidi was working with producer RedOne, who was also songwriting partners with Lady Gaga. Lady Gaga had written the song “Fashion”, and RedOne gave it to Heidi to record. Then, the makers of the 2009 movie “Confessions of a Shopaholic” expressed interest in using it on their soundtrack. So Lady Gaga TOOK IT BACK, and recorded it herself for the movie! Fierce!

Then apparently Lady Gaga told RedOne that she wouldn’t work with him anymore if he kept working with Heidi. And RedOne told Heidi that he had to do what she said because, quote, “she’s my writing partner for huge things.”

Heidi says, “People are, like, ‘I love Lady Gaga,’ and I’m sure she’s great, but I have not had the best encounter with her.”

Should we be mad that we missed out or should we be thanking Lady Gaga??