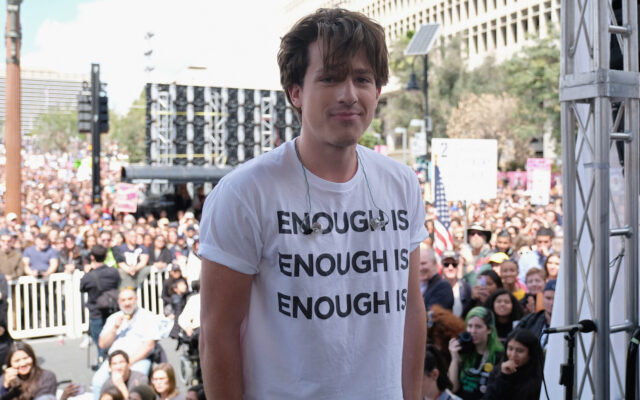 LOS ANGELES, CA - MARCH 24: Singer Charlie Puth poses after performing at the March for Our Lives Los Angeles rally on March 24, 2018 in Los Angeles, California. More than 800 March for Our Lives events, organized by survivors of the Parkland, Florida school shooting on February 14 that left 17 dead, are taking place around the world to call for legislative action to address school safety and gun violence. (Photo by Sarah Morris/Getty Images)

Charlie Puth spends a lot of time on Tik Tok and noticed a video of a user sharing his rejection letter from Juilliard.

Axel Webber posted a video reading a letter he received thanking him for auditioning, but saying “As you are already aware, due to our callback process, you are no longer under consideration for admission for Fall 2022.” Webber concluded the short clip by saying he’d “have to find a different way to be an actor.”

Charlie saw it and commented on Webber’s video, writing, “Hey friend…I also didn’t get into Juilliard … but things ended up being just fine for me. I cried too.”

He later shared advice in a video of his own, telling Webber, “Not only did I not get into Juilliard, but I didn’t get into five of these ‘prestigious’ schools that I wanted to get into that I thought would better my career.” “While I do think school is great, and I did end up going to Berklee [College of Music], a prestigious conservatory for the arts is not going to be the thing that defines your career as an actor,” Puth continued. “It certainly wasn’t the only and most important thing that made my career happen.”

“You, Axel, do not need to worry at all,” Puth concluded. “I like your videos a lot, there’s something very special about you. And I like your tiny apartment. You’re gonna be OK bro, I promise.”