Beyoncé and Jay-Z Send Reese Witherspoon A Case Of Champagne

One of the viral moments from this week’s Golden Globes was Beyoncé and Jay-Z showing up to the ceremony with their Ace of Spades bottle of champagne.

. @Beyonce and Jay-Z just walked in. They’re waiting until Kate McKinnon finishes speaking to take their seats. Is their bodyguard carrying bottles of alc for them? pic.twitter.com/eeB7NPHW4g

Reese Witherspoon asked the couple for some of the bubbly when the table ran out of water. 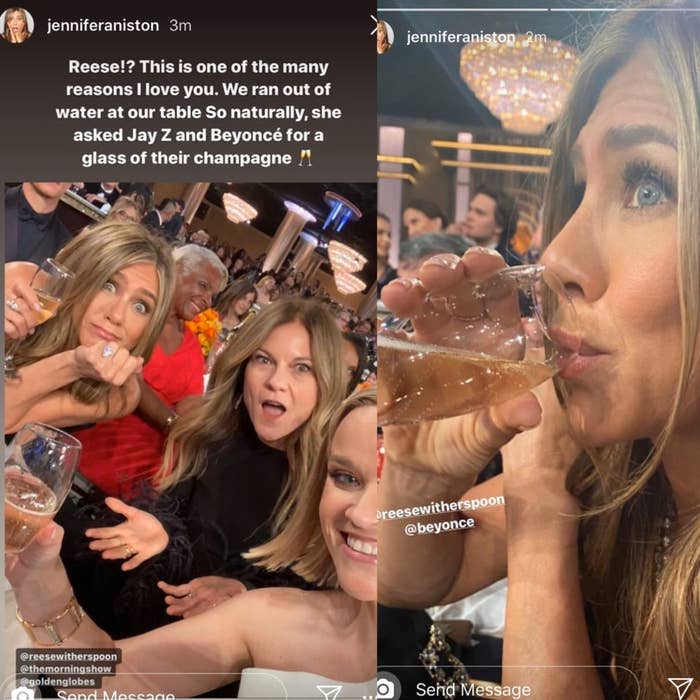 When Witherspoon returned home, she found a surprise waiting for her.

Witherspoon posted the video on her Instagram Stories saying, “I just got home from New York and the most beautiful flowers are here and a case of Ace of Spades champagne.” She continued to read the attached note: “It says, ‘More water from Jay & Bey.'” 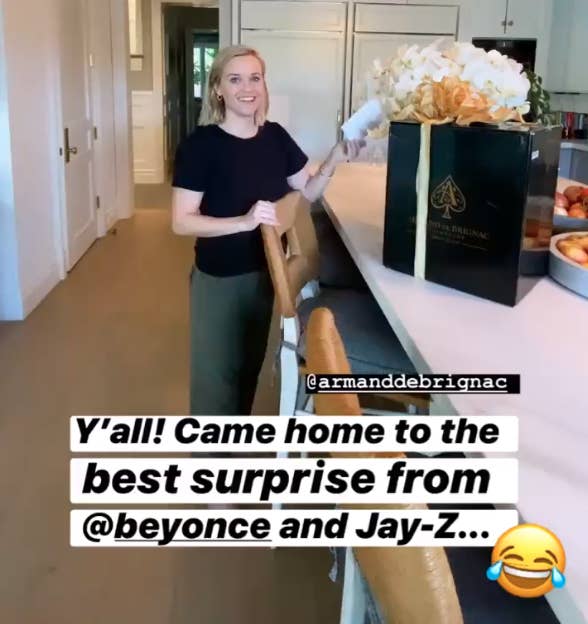