Spoiler! Peter Weber ended his season as “The Bachelor” not engaged to anyone, but casually dating one of his contestants, Madison Prewett, much to his family’s disappointment (see video of mom)

On the finale, Peter was ready to propose to the only girl left, Hannah Ann, she said YES! Peter’s mom is HAPPY!

Now fast-forward a month when Hannah Ann told Peter, “When I said yes to you I said yes to a partnership. If you can’t give me that love in return, it’s not a relationship.” Oh no…

No, admitted Weber. He can’t. “You took away from me my first engagement,” Hannah pushed back. Pilot Pete collapsed into the couch. After the commercial break, she forced him to take the Neil Lane diamond ring back!!

Knowing of the split, host Chris Harrison headed to Madison’s hometown of Auburn, Alabama, without Peter’s knowledge. Harrison told her that though Peter was engaged, he’s not anymore. And that’s because of his feelings for HER. So she goes to LA, where she and P.P. embrace like no time has passed. She confessed, “I was hoping that I’d get closure and I just never did. I know that I have so much love in my heart for you.”.

Peter told her, “I made a million and one mistakes, but I know I fell in love with you.”

Peter and Madison hadn’t seen each other since that West Coast visit. They reunited on stage, fulfilling Harrison’s promise that “not even Peter knows how” the finale would end.

But his mother didn’t get along with Madison originally. “It’s gonna fail to succeed,” she said. “All I know is I love Madison,” her Peter said back.

It’s Madison and Pilot Pete vs. his family, and that’s where their story ended. 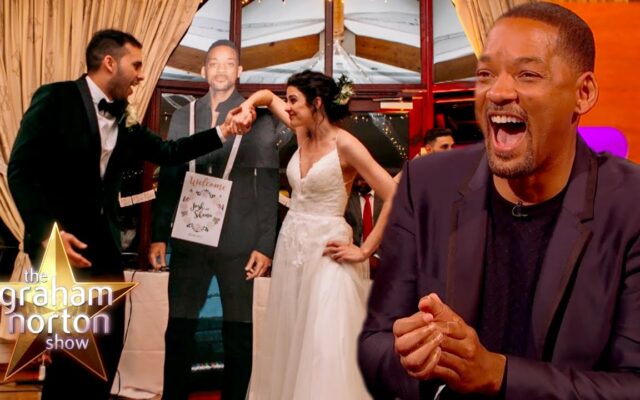 Will Smith’s Cardboard Cutout Was At A Wedding