Atari Is Opening Gaming-Inspired Hotels Around The U.S. 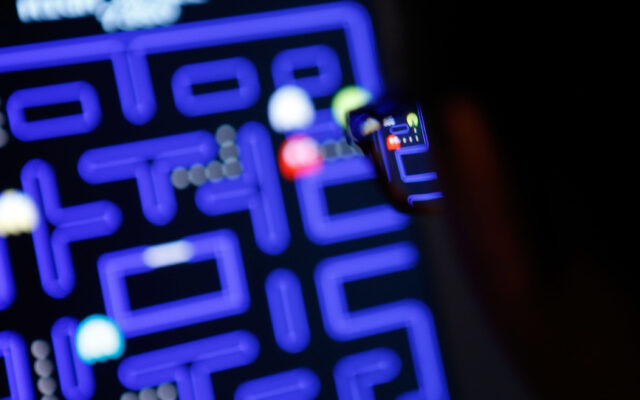 NEW YORK, NY - MARCH 01: Janelle Grace plays "Pac-Man" which is one of the 14 video games that are part of the exhibiton "Applied Designs" during the "Applied Design" press preview at The Museum of Modern Art on March 1, 2013 in New York City. (Photo by Jemal Countess/Getty Images)

Atari is back and it’s now going to be a hotel. The gaming system is known for its classic games Centipede and Pong is planning to open Atari-themed hotels thanks to GSD Group who is funding the venture.

Atari hotels are being built in a number of locations throughout the US, and they look like they've been plucked straight out of Cyberpunk 2077.https://t.co/Kc2bsSEIvW pic.twitter.com/0WhRCjDlQx

Atari Hotels is set to open in Las Vegas and Phoenix, Arizona initially, however, due to Coronavirus plans for the start of construction has been pushed back.

The gaming industry has seen a spike during the current pandemic with the market on track to grow to $293 billion in 2027.

Other plans for Atari hotels are set for Austin, Chicago, Denver, San Francisco, San Jose, and Seattle. Other companies are seeing the trend and there is talk of an ESports lounge to be built in an apartment building in Vegas.

Kentuckians Win Gold At The Olympics