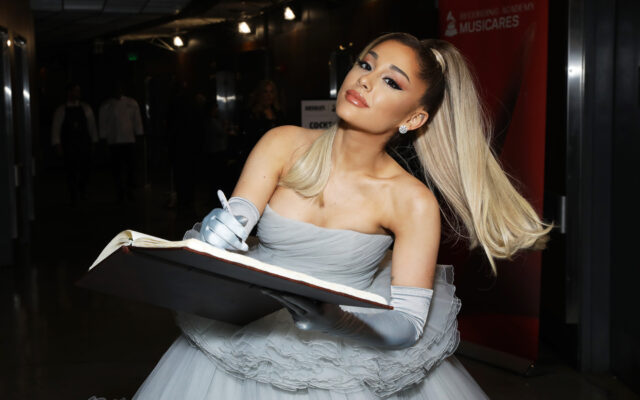 Congrats to Ariana Grande, who announced that she is engaged!  She shared photos of her and her man, and also that massive diamond ring.

She captioned the pics, “forever n then some.”

She and Dalton Gomez have been dating for seven months.  The pair publicly announced they were a couple in the “Stuck With U” video she did with Justin Bieber.  The pair met through mutual friends.

Seven months from having met to being engaged.  What’s the perfect amount of time to wait to get engaged?