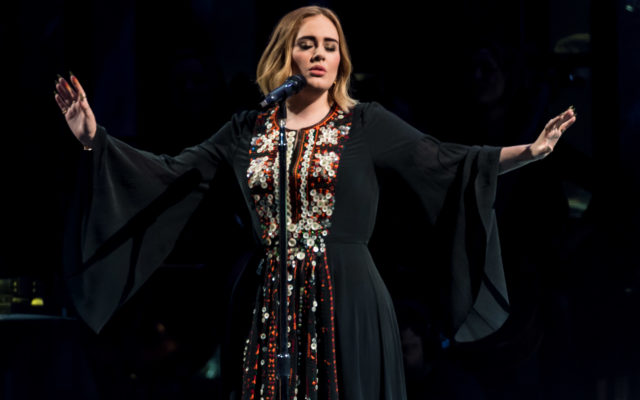 GLASTONBURY, ENGLAND - JUNE 25: Adele performs on The Pyramid Stage on day 2 of the Glastonbury Festival at Worthy Farm, Pilton on June 25, 2016 in Glastonbury, England. Now its 46th year the festival is one largest music festivals in the world and this year features headline acts Muse, Adele and Coldplay. The Festival, which Michael Eavis started in 1970 when several hundred hippies paid just Â£1, now attracts more than 175,000 people. (Photo by Ian Gavan/Getty Images)

Yes, I just literally screamed while reading this because IT IS ADELE we are talking about here.

While officiating and singing at her friends wedding this weekend, Adele herself confirmed a new album release date for THIS SEPTEMBER!!! Now when is the first single coming?!

The singer was filmed saying “expect my album in September” at her friend’s wedding party. pic.twitter.com/Zj0Ir76W2z

Again, she announced this while officiating and performing at her friends wedding, and we are so bummed we weren’t invited.

Adele singing “young hearts run free” in a sassy way and living her best life.
LOVE TO SEE IT. pic.twitter.com/nWyxmlMtUm

Adele plans to release her next album in September https://t.co/V2a89oWx96 pic.twitter.com/eyH3kO7sfo